Yes, there will be plenty of nerds there! You might see the same People that go to Harry Potter and Star Wars events or the opening of a new comic book store. Its family fun at Celebration and no matter what its a good time.

Live music, bounce house and even a costume contest.

Parking lot opens at the Citrus bowl at 3pm, plenty of time to get tanked up. Doors open at 6pm and concert starts at 8pm. That is the official time line, the first two times are accurate but I seriously doubt this concert will start at 8pm.

GOO GOO Dolls will perform June 20, 2015 at Universal Studios, Universal Orlando. The concerts is free with Your park admission. Concert will start approximately 9pm. Arrive early to get a good viewing/sitting spot.

Huey Lewis and the News will perform at Universal Studios, June 13, 2015. The concert is included with Your park admission. The concert will start approximately 9pm. 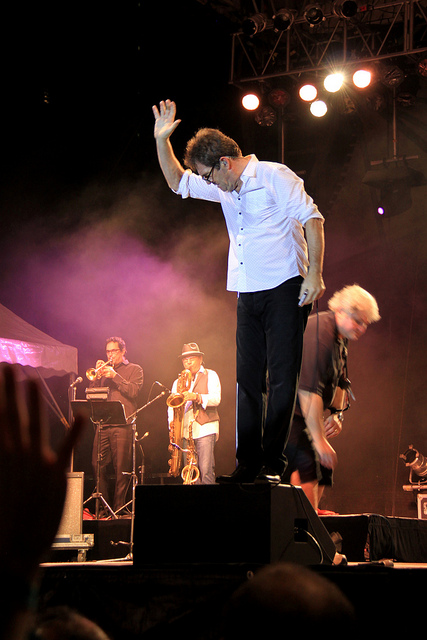 Kellie Pickler, Country Music star and former dancing with the Stars contestant will performing live at Universal Studios, June 6, 2015. Park admission is required but no extra charge is required for this concert. The concert is on the stage in front of Rip Ride Rocket Roller Coaster. Concert will start approximately 9pm 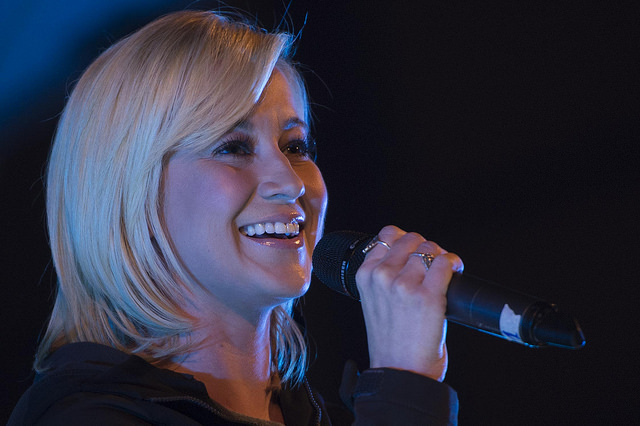 Gays have been celebrating whatever it is they are celebrating for many years (17) all over Orlando. The first years drew plenty of controversy, including boycotts of Disney World called for by Christian groups. Of course that played out in the Gay groups favor by exposing them worldwide. Now it is a known event to Anyone gay that Orlando in early June is the place to be. If You plan to travel to Orlando with Your family in early June and are now feeling sick to Your stomach, don’t worry, You probably will not even notice the gay activities going on all over Orlando. However, if You are single straight male and are traveling with Your buddies to Orlando in early June, You might be well on your way to being gay. Some of the hot Women You meet in late night bars might really be Men so make a deal with Your friends that what goes in Orlando Gay Days stays in Orlando.

You will see seas of red also at Universal Orlando during this week, there is no organized day for visiting Islands of Adventure and Universal Studios but they will be there.

64 million People visited the Orlando area in 2014, many of them were gay but didn’t announce it but in June they do announce it so if You want to be were they are go to the Disney Parks on the days listed above or go to the Double Tree by Hilton at SeaWorld. You can also find them at late night clubs

This group of People spends more money per Person than any other group that visits Orlando. I am not sure that You can say Orlando is Pro Gay but Orlando definitely looks forward to early June every year. And with 64 million visitors in a year Orlando hardly even notices a group even this big. 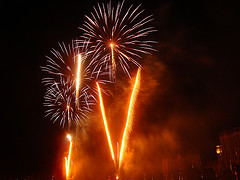 Luckily, the most populated events are staggered this year so the whole area is not shut down all at once. The biggest is on Friday at Cranes Roost in Altamonte Springs, east of Orlando via I-4. Check out the scheduled entertainment and important event information for that here. 170,000 People are expected to attend.

The second biggest event is at Lake Eola on Saturday night but is really an all day Saturday event. Entertainment begins at 4pm and ends at 10 pm. more information here.

There are more than 20 other fireworks and concerts all over Orlando but the two above are the biggest. Here is a list of all of them.

The best way to park at these two events is to leave it parked in Your own driveway. 170,000 at Cranes Roost and 150,000 at Lake Eola both have parking problems. How about a few drinks? Smart? No! The smartest thing to do is do not drive, use Uber or Lyft. Both offer the cheapest rates of any City they operate in the whole United States.
If You do not have an Uber account, this is a good time to get a free Uber ride. Worried that Uber will be over worked on this busy weekend? Don’t worry, this will be business as usual, there have been weekends this busy before without any delays. You can also use Lyft, the other ride share company, You can also get a free ride with Lyft if Your account is new.

Mayor Buddy Dyer was duped by Orlando City Soccer Team. Buddy Dyer is no business Man and I for one did not elect Him to speak for my money and am not sure that He has the legal right to. The mayor is for handshaking, kissing babies and issuing the key to the City, certainly not for making multi million dollar decisions. The recent decision He made on the Orlando City Soccer stadium is proof that He is no business Man. To His credit there are so many short sided non business thinking People telling Him He cannot support a larger stadium and He cannot use taxpayer money to give anymore support to Orlando City. After having that in His ear daily when Orlando City offered to pay for the Soccer Stadium themselves He jumped at the chance. Now He is off the hot seat.

Orlando City will now buy the property from the City at a “fair price” and build the stadium with their own money. So why is that not a good deal for the City of Orlando? The City of Orlando will now get nothing when the Orlando City plays in Downtown Orlando. The Soccer team will now keep 100 percent of all revenue that the stadium produces, including concessions, ticket sales and apparel sales. And not to mention the Soccer team will now compete with the Amway Center for concerts and big events that need big space. There are many events that need more space than the Amway Center and less than the Citrus Bowl and now the City will get NOTHING. The only thing the City of Orlando will get that they would not get before is property tax, big deal!!

How did this happen? When The Orlando City Soccer team got started they were unsure how many People would be interested in Soccer so they wanted the City of Orlando to own the stadium just like most cities do. At that point why would they want to risk 125 million to have average turn out and not be able to turn a profit? But then the City of Orlando turned out to the games in big fashion and suddenly this stadium was going to be a gold mine but Mayor Dyer was not paying attention or He doesn’t know how to use a spreadsheet but Orlando City Soccer team sure does. So they decided it would be a great investment to own the stadium themselves and keep 100 percent of the profit instead of sharing it with the City of Orlando. DUH!

It is like going to a horse race and not wanting to waste money on the 30-1 horse that You think has no chance of winning. Then the horse is winning by 25 lengths on the home stretch and Your drunk friend says “I’ll still give you 30-1 on that horse if You want to bet”.

The Craft Beer Festival is back and this year it is February 28, 2015 from 3 – 7 pm at 15 downtown drinking establishments in beautiful downtown Orlando.

Find out where to start and more

This is a very fun event for People that love Beer and every year it is something new.

This should be a very fun and interesting convention for all animal lovers. The event is taking place on December 13 and 14, 2014 each day hours are 8am to 5pm.