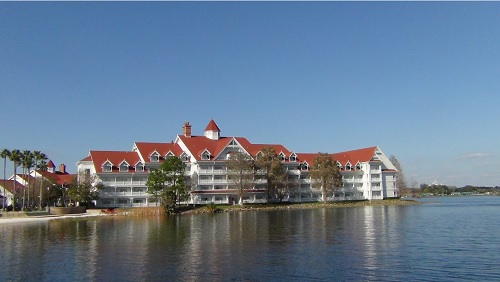 Disney Onsite Transportation: Disney Transportation comes in many forms, Buses (300 at peak hours), water taxi’s and monorails. The buses run late into the morning usually at least one hour past the closing time of the venue. On a night that the Magic Kingdom closes at midnight the buses will run well past 1am from that location. The monorails also run much later than closing time. The first transportation to shut down are the water taxi’s, the last to run are the buses. You will not get stuck anywhere on Disney Property unless You are just trying to.

Disney’s Magical express: When You stay at a Disney Resort You and Your luggage can ride for free to and from Your resort to the Orlando International Airport. Your luggage will be brought to Your room automatically and You can breeze through the check in process in minutes.

Magic Extra Hours: Each day Disney opens one park early and keeps one park open late just for those that are staying in Disney Hotels. That varies from one to two hours depending on the time of year and special occasions. This is a tremendous advantage, especially for those that like to ride the most popular rides. During this time You can often wait just minutes to ride instead of over an hour.

Disney Dining Plans: As a Disney guest You can choose to add a dining plan. Depending on the number of days and what package You choose it can contain one meal a day or all meals. The plan can include a restaurant in the theme parks and You even make a reservation so You do not have to wait. Disney guest get priority on dining reservations also.

Disney Charging: When You are a guest at a Disney Resort You will get a wrist band that will allow You to charge anything You want from any Disney store or restaurant. Adults have full control over what wrist bands are allowed to charge.

Security: While there is no way to say that any place on earth is 100 percent safe, You can bet that Disney has security of their guest as a top priority. Unlike hotels that might have security at night or special occasions, Disney has security 24/7 not just at the hotels but all over Disney property. Disney is a City in itself with its own police force and if there is a medical emergency, they have that covered probably better than anywhere else.

Park Your car: Maybe the most under rated perk of all is that fact that You can truly forget about Your car. If You fly to Orlando, don’t worry about a rent car, You do not need one. If You drive to Orlando and stay at a Disney Resort, park it and leave it parked. No need to think about crowded parking lots, traffic all over Orlando, finding Your car and maybe the most important thing is the ability to have a drink or two or three and not have to worry, let Disney do the driving. Remember, the Disney Transportation doesn’t just go from Your hotel to the theme parks, You can also visit other Disney Resorts and Entertainment and dining venues like Downtown Disney and Disney’s Boardwalk.