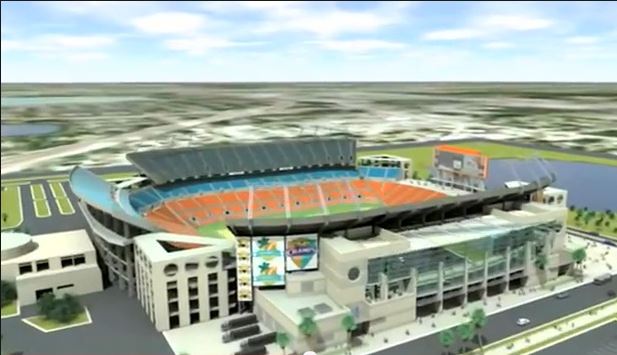 Florida State officials are trying to work out the opponent and the particulars for a neutral site contest to be played in the new Citrus Bowl in Orlando. The team will also play in Atlanta the following year in an effort to bring more exposure to the program. The School has the 2nd most spread out fan base in America so they are going to try to bring the game to them. The idea is also about recruiting, it is no secret that players want to see a team play in Person and bringing a game to Orlando will enable a lot of very gifted recruits from the Central Florida area to do just that.
[acx_slideshow name=”citrus bowl artist rendering”]