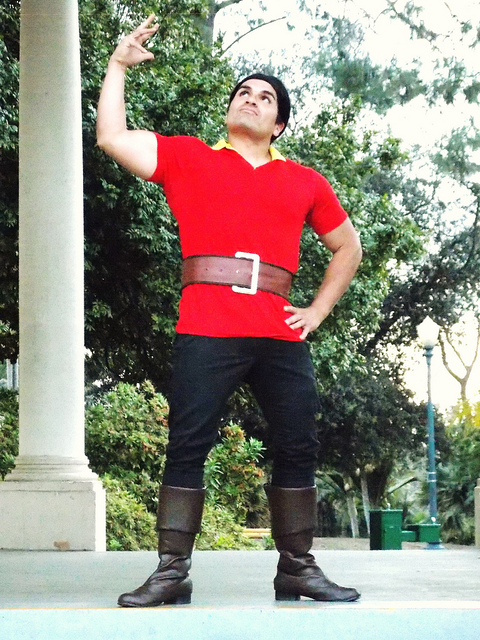 This is not the only incident attached to the Gaston Character.

A Man who played the part of Gaston at Disney World was killed in a firework accident in Maine. It was reported that the Man, Devon Staples, 22 of Calais, Maine died instantly in the accident. The firework was some type of rocket that Devon held to His head as to launch it and it was lit accidentally which caused a fatal head injury. Devon and His friends had been drinking and setting off fireworks on the Holiday.