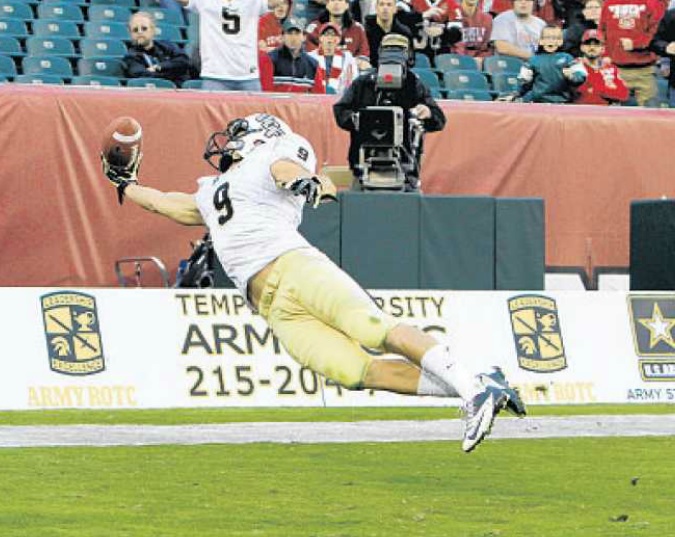 The catch was against Temple, a team that UCF should have beaten by 50 but had to come from behind to just win the game. What makes this catch so spectacular is that without it UCF would lose this game, drop out of the top 25 completely, not get a good bowl game much less a BCS bowl game. The whole season was changed by this one handed catch by JJ Worton. Yes, Blake Bortles ia a first round draft pick and yes, He is a superstar but without this once in a lifetime catch by JJ Worton, Blake Bortles would remain unknown like He was before the end of the season.