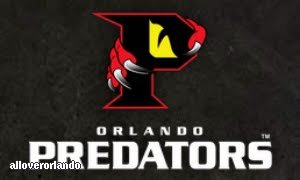 Looking for the official website of the Orlando Predators? Click here. If You, like many People have searched You would come to a redirect that would bring You to Florida Predators site that shows where sexual Predators are located. David Siegel recently purchased the Orlando Predators and for some reason the Website was forgotten about and the domain name owner for Orlandopredators.com did not give up the site. Instead He redirected it to the state site for sexual predators. We are not sure but there must have been some bad relations between the previous Team owner and the owner of the domain name. That is when David Siegel put the team site on the domain MyOrlandoPredators.com David has been very busy, He recently purchased the Las Vegas Hotel (former Las Vegas Hilton) just off the strip in Las Vegas for near 200 million dollars. He plans to put that much again in the remodeling and make it a dual purpose hotel and time share. The new name is Westgate Las Vegas Hotel and Casino. He also purchased the Coco Beach Pier and has grand plans for it also.

What will He do with the Orlando Predators? He will make them very successful and He will use every trick in His book to fill the Amway Center with screaming fans. Don’t laugh that idea off, it might not happen for the first game but by half way in the season, it will be reality. His wife, Jackie will be seen at many Predator games, She is a big fan. Jackie will star in the Queen of Vasailles, a reality series based on the house that the couple have under construction on Lake Butler. The house is the biggest in America and the couple almost lost it due to the recession. Now back on top with sales in their time share empire at all time highs, they cannot be stopped. David is 79 years old and His wife 30 years less.