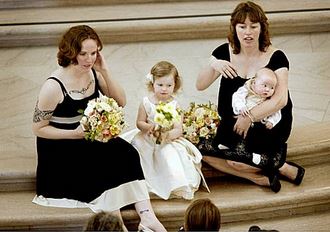 I saw the headline that Orlando was seeking the Gay couples that were able to get married in other places to take their honeymoon in Orlando. By this, Orlando will offer discounts for gay couples that can show proof that they just got married. That was very surprising to Me, not that Orlando wants the business of the highest spending People in the World but the fact they have the nerve to ask for it. I guess when You work for visit Orlando, or other groups that promote tourism to Orlando and Florida, You sit behind a keyboard so You have a lot of nerve. Could these same People ask a gay couple that was about to get married to come to Orlando to honeymoon, if they had to do it in Person? I think not. Even though I did not marry the same sex, I think People that do have the equal right to be miserable. The fact that Florida does not allow it in these modern times is ridiculous.

Sixteen states and the District of Columbia now grant same-sex marriages, making LGBT honeymooners a hot commodity? Well, if You want them to honeymoon in Your City or Your state then spend some money to make Your state allow same sex marriage. Why would a couple that just was told they are not good enough to get married in Your state turn around and give You their money? Why would they visit Your state at all, ever?