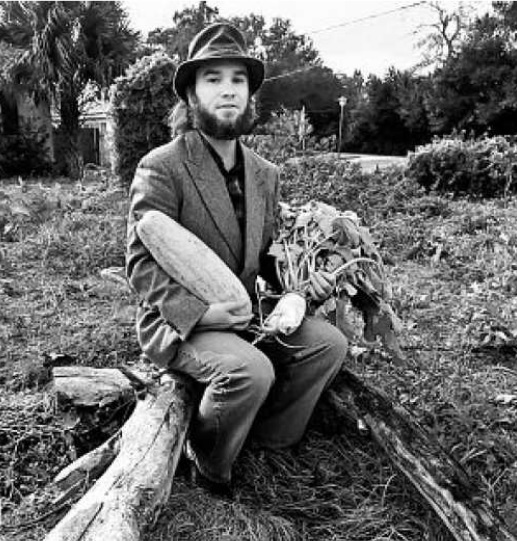 You probably have heard of Sean Law or at least You know about the story. He has made a nature front yard of His Longwood, Fl home. Longwood is one of the many small cities that border Orlando City limits and are often referred to as Orlando but in this case many Orlando residents are happy the national news isn’t using Orlando as the address for this home. Is Sean Law crazy? What mental problems does this Person have? He looks like a hobbit sitting on His dead log in front of His home, but He is no hobbit, He is just a practical joker and the joke is on the City of Longwood. All over the Country, People that read this are confused how Longwood let this get out of hand. All over America, Cities have adapted a plan to handle People like this before they can make a fool out of them. In most Cities if You do not cut Your grass the City sends a crew out to do it for You, then bill You for it. This yard should have been cleaned up by the City after a 30 day warning. The reason Cities can do this legally all over America is They hide behind a loophole that they can make a claim that they cleaned up the property for public safety, not for cosmetic reasons. The unkept yard harbors rats, roaches and other creatures that are harmful to public safety. It is just that easy and no court will support the homeowner, it has been tested all over America. Now the homeowner has 130,000 dollars in fines that He will never pay but the City of Longwood continues to let that amount grow daily until He cleans up His yard. The City could have had it cleaned up in 4 hours and He could owe them 200 dollars at this point and if He let it go unkept again, You do the same over and over and at 200 dollars a pop, then the City can fight Him for a few thousand dollars and not 130,000+ dollars.