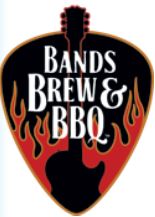 Alan Jackson will play at 5pm, Saturday, February 1 and Kid Rock will play at 4pm on February 2. You can hear Kid Rock and still see the Super Bowl if You would like. It did not look good for SeaWorld Bands Brew and BBQ

up until today after most all bands had cancelled.
The Blackfish Film had caused a lot of social media outcry for the bands that were schedule to play at SeaWorld Bands Brew and BBQ

to cancel but lately support of SeaWorld has been pouring in and it is likely that the concert series will survive and maybe even surpass previous years.
[acx_slideshow name=”bands brew and bbq”]