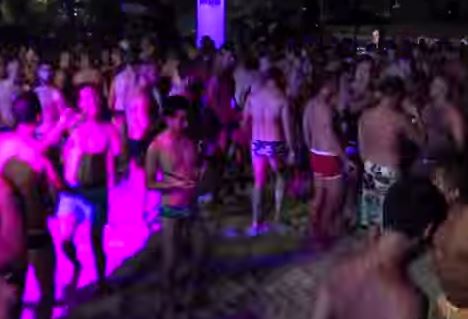 Gay Days has another successful year all over Orlando in 2014. The week went pretty much as did all the prior years. The gay parties were very gay but were private. The red shirts were visible all over Disney and this year they were seen at Universal as well. What might be a scary trend is that more and more Gays are including their Children. Another new feature this year was the group of “Black Pride”. That was somewhat unexpected since gay days seemed to welcome all gay colors in their group over the years but this group decided they wanted their own special subsection of the gay week. Was the “Black Pride” a result of American Capitalism or was it a result of a problem in the gay community between White gays and Black gays?

As the week closed there were crazy financial estimates of what the gay week brought to Orlando. The number is somewhere between 80 and 150 million dollars and no matter where that exact number is, We know it is a good thing for Orlando economically. Some might say that Orlando loses out on many that stay away during this time but there is no evidence of that.