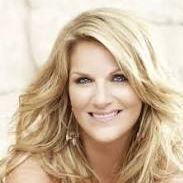 Trisha Yearwood is number 5 to cancel SeaWorld Concert appearance and even SeaWorld expects more. All the cancellations are tied to the movie “Blackfish” even though Trisha Yearwood says that She has not seen the movie. The pressure from social networks have caused a stir since the movie was put out. The movie was put out after the Theme Park went public earlier in 2013.
The others to cancel are: Barenaked Ladies, Willie Nelson, Heart and Cheap Trick.
Who will they ask to replace these acts? Who will show up and make a statement that they agree with SeaWorld’s treatment of animals? How can an act perform at SeaWorld and remain neutral?