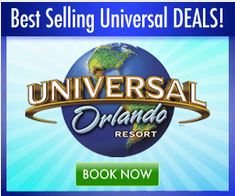 The above are at the gate prices. For discount tickets, click here.

The question was when not if Universal would react to the Disney price increase. The thought in the industry was that Universal would jack up the price when Harry Potter Diagon Alley opened later in 2014. Disney was thought to get a jump on Universal by increases it’s price first so Universal decided to go ahead with the increase as well. Will Universal save another rate increase for the Harry Potter expansion grand opening? Insiders say, Yes, they will.

It seems that both Disney and Universal think the average Theme park visitor is stupid and will base the quality of their product on the price of admission. The thinking is if this park is the most expensive it must be better than the other. Nothing changed at Disney from Saturday to Sunday but the price increase gave the impression that something did. In fact, this is the time of the year that Disney undergoes major renovation and maintnance. It is a good time of the year for small crowds but the inconvenience and unsightliness of getting around makes You second guess the visit.

Taking a picture without a green fence or crane in the background at either of these Theme Parks is a challenge.  SeaWorld Orlando

has not increased their price yet. SeaWorld now has a 50 dollar ticket for weekday admission so increasing the weekend ticket seems unlikely.