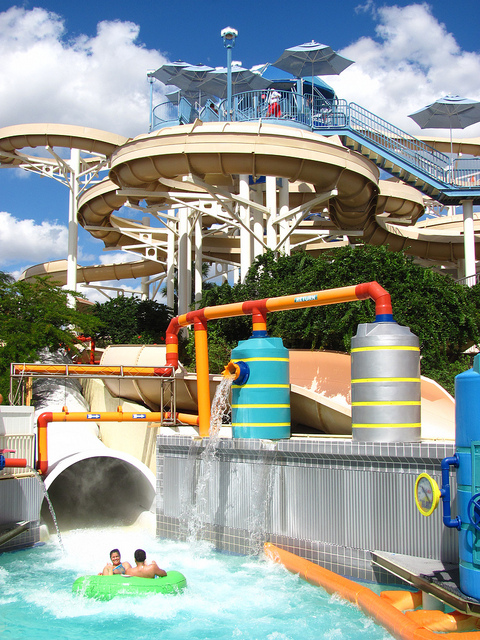 This comes as no surprise to at least this website but many People were surprised including the local news team at WESH TV. It has always been known that Universal owns Wet N Wild and it has been known that Universal is in the process of building Volcano Bay on Universal Orlando property. It is also known about when the new water park would open and guess what? It is going to be the same time that they close Wet N Wild, DUH. C’mon, WESH tv, think about it! So its just another news story that wasn’t a story at all. Local News has their blinders on once again. A better story and hot scoop would be Who will purchase the property at the Wet N Wild spot and what will they do with it? It would be a much better spot for the Sky Coaster. It would be smart for Universal Orlando to put a clause on the sale of the property that would exclude a water park. I am sure that will be the case, they would not want to compete with the new Volcano Bay just up the street.