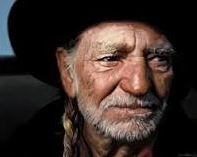 Barenaked Ladies was first and now Willie Nelson is following their lead. CNN had Willie Nelson on the news desk show, December 6, 2013 by phone. He was asked if it was true that He had a scheduling conflict that made Him cancel as said by SeaWorld. He laughed and said no, that He got pressure from thousands of His fans to cancel and one of those fans was His grandchild. He went on to say that He does not agree with the way SeaWorld treats its animals and He doesn’t agree with many Zoo’s treatments of animals around the world.