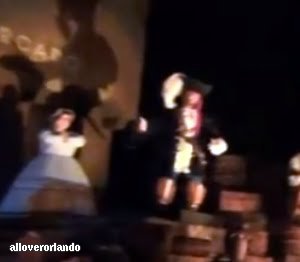 You might have heard that a Man lost parts of His fingers on the Pirate’s of the Caribbean ride located in the Magic Kingdom in Orlando. What came out later was that a Young Boy also was hurt on the ride. The Boy’s injury was not worth writing about except that a Man had report worthy injury. The grown Man went against the rules and put His hands where they were not suppose to be. The boy did also, but I guess We should expect that. So what is the solution? put a fence around the boat? make it so You cannot feel the cool of the water as Your boat cruises on it’s tracks? Will yet another idiot ruin the experience for all?
Do You like to take Your shoes off when You go through TSA lines in the airport? Neither do I but We all have to because One, just one Man brought a shoe bomb on a plane. Each time Someone does something stupid, either on purpose or just being careless, We all have to pay. What will the future of theme park rides be now with social media and the age of instant news? These accidents were happening since theme park rides were invented but We didn’t find out about them. The invent of the internet and the more and more social media outlets has caused the spread of this news instantly.
Read more about the boy