Plenty of articles have been written about the new Diagon Alley being nothing more than a shopping complex. There is only one ride in the complex and it is still experiencing 2 hour wait times even though it opened on July 8, 2014. But what Universal is doing is nothing new. The other Harry Potter is every bit as much about shopping as it is anything else. That other Harry Potter is Hogsmead and has been very successful, so much so that it was the reason for the new Diagon Alley.
The architecture is a very accurate in its depiction of the Shops and streets of London, England. Real shops sell things and these fake shops are actually real shops and sell things. You cannot make this complex without it being mostly shopping, it would be inaccurate. There is no reason to buy anything to enjoy the area. 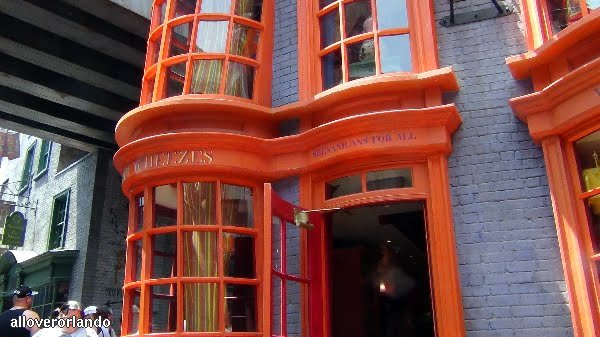