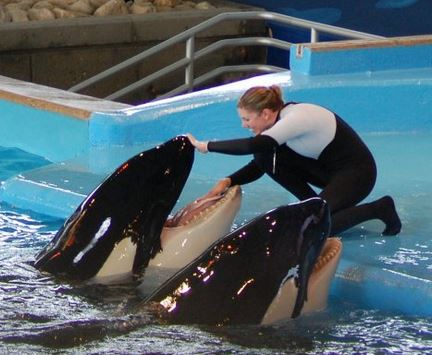 Whoever said that any publicity is good publicity was genius. Blackfish could now be referred to as goldfish for SeaWorld. As the bands were dropping out of SeaWorld bands, brews and BBQ, SeaWorld did little to nothing about it. They did not defend themselves other than invite the performers to tour SeaWorld and make their mind up themselves. It just goes to show, or it just goes to remind us that People do not really care about anything that isn’t directly pertaining to them. I say this because SeaWorld experienced their best Park attendance ever since the blackfish movie first debuted on CNN.
It is fair to mention that CNN doesn’t have a lot of viewers so it is possible that the Blackfish movie didn’t reach near as many People as You might have thought.

So, where does that leave SeaWorld? with a big, big savings from the money that They now do not have to pay the bands that cancelled Bands, Brews and BBQ because People do not give a shit about Blackfish, and they love BBQ so they will come and they will eat. Who will replace all these bands? Maybe some SeaWorld employees will make it like a talent show and invite People up on stage to join in on some karaoke. SeaWorld can laugh all the way to the bank!