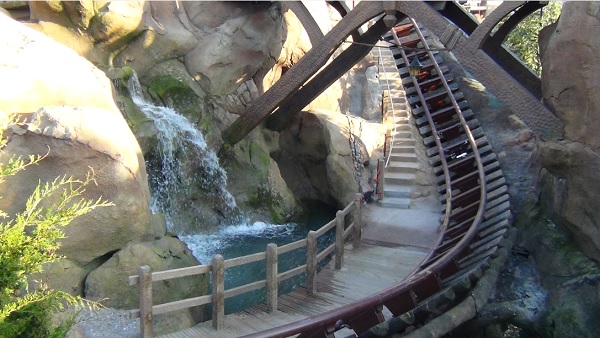 If You are a Disney executive, wouldn’t You be a little put off with all the hype that the media gives to Universal’s Harry Potter? Not just the new Harry Potter Diagon Alley but anything Harry Potter. It seems like there is nothing Disney can do to keep pace with the excitement that Harry Potter creates, I personally do not get it, never read the books and don’t care much for the supernatural but many People do. While the media was drooling over the opening of Diagon Alley was Disney trying to figure out a way to get some attention by removing the back construction wall of the mine train? Normally that would get TV crews out but it didn’t. I just happened by it on Wednesday, February 12 to get these pictures.

It looks as though the Mine Train will be a thunder mountain railroad type experience on steroids. The track is very similar and though the cars will be shaped different they will have a similar seating arrangement. The Mine train seems to have steeper drops and steeper turns, hopefully it is smoother. 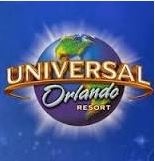 I used to buy the Universal Orlando annual passes for Florida Residents when I lived 7 hours away, that is how good a deal it was. But is still a great deal and now that I live 5 minutes away from Universal, I use it much more often. The price of admission has gone up every year now for a the last few and it will likely continue that trend even though I think when it gets closer to 100 dollars that might slow it down, that’s a big number for someone to pay. But the annual passes for Florida Residents is still the way to go if You plan to visit Universal more than 3 times in a whole year, in fact if You get the 245 dollar option that includes parking, You are already money ahead during the 3rd visit. The parking alone cost 16 dollars and that too is likely to go up so just two trips plus parking and You are almost at the annual pass price, You would have to be stupid not to do it. And now that they offer monthly payments it is really hard for anyone to justify not doing it that lives within a few hours of the parks.
https://www.universalorlando.com/Theme-Park-Tickets/Annual-Passes.aspx
Not a Florida Resident? It is just a little more for You and still a great deal
https://www.universalorlando.com/Theme-Park-Tickets/Annual-Passes/Non-FL-Annual-Passes.aspx

Universal annual passes are much less expensive than are Disney’s even though the single day tickets are the same. 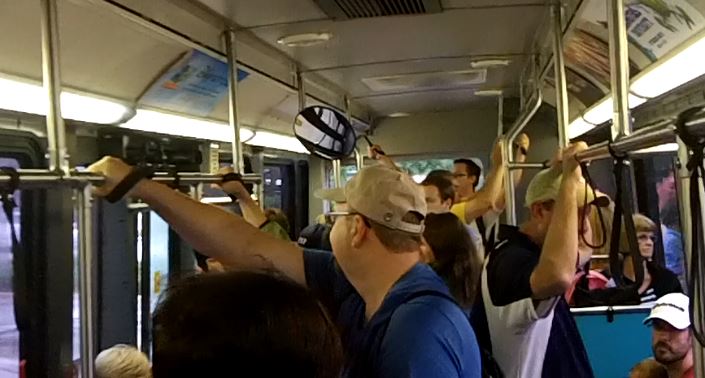 Even the buses were packed at Disney The theme of today at theme parks was over crowded long lines and frustrations. Lines at Disney World were so bad that some riders reported waiting 3 and even 4 hours at the most popular rides. Fast Pass was much better but even fast pass riders experienced much longer than usual wait times. Bathroom lines were said to be as long as some rides. Want to over pay for food? Many People would have paid double the already jacked up food prices just to get anything. Universal and SeaWorld also were experiencing record crowds. Much to Everyone’s surprise traffic flowed smoothly on I-4, yes, it was slow but it was moving. Crowds all over Orlando are expected to last at capacity for a few more days.

.38 Special is band number eight to cancel The SeaWorld concert series that plays at Bands, Brews and BBQ. SeaWorld did not comment about this cancellation, it is getting so bad that how in the world can they make any comment. SeaWorld Execs should be in a locked room working 24 hours a day and stopping for bread and water until they can fix this problem.  Not much has been coming from the offices off International Drive in Orlando, either SeaWorld doesn’t care or they have a really good plan that should be announced very soon. The cancellations have all been because of the movie “Blackfish” but the pressure has come from social media by fans of the cancelled bands. Is Blackfish achieving what they intended to achieve? Has anything changed? Will SeaWorld meet with the leaders of these protest to see if they can compromise? This is nothing more than corporate blackmail in the age of social media. If You are on the side of SeaWorld or Blackfish, You have to admit this would not have been achieved if not for social media. Social media is attacking every band that was on the list that has now been taken off the SeaWorld website.

The only bands left from the original list that have not cancelled are Justin Moore and Scotty McCreery. 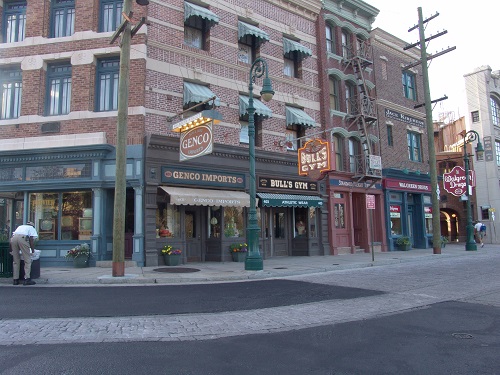 The busiest time of the year for theme parks all over Orlando is the Christmas Holidays. The holidays start about a week before Christmas and end a few days after New Years Day. But there is one day in that stretch that is the best day to visit theme parks all over Orlando. That day is Christmas Day itself. I am not sure why No one plans ahead and takes advantage of this. All the parks are open regular hours but they really should just close, they are near empty. Want to ride space mountain every 10 minutes instead of waiting in line the next day for 90 minutes? Go to Disney on Christmas Day. How about the new Transformers ride at Universal Studios? The day before and day after Christmas, 2 hour wait, Christmas Day, 5 minutes! Want to fit in every attraction at SeaWorld? It is only possible on Christmas Day.
For years I have told People to go to the parks early, they don’t do it, go late night, they don’t do it, but I am telling You to go on Christmas Day, knowing You wont do it and the parks will still be empty. Why? You like to spend Christmas with family? Why not do that Christmas Eve? Why not do it Christmas morning then head to the parks? The one day there is no hurry to get to the parks is Christmas Day. Yes, even afternoon is soon enough to take advantage of this amazing theme park day. You will notice many things You have never seen before because there are no People in Your way to block the details. 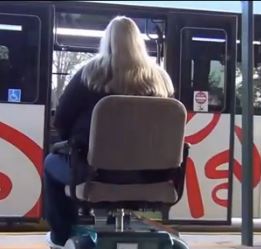 Electric Scooters have come a long long way and are a God Send to People that now can visit places like Disney and keep up with their group and see everything an able body Person can see. Let’s face it a lot People that were unable to walk or unable to walk more than 30 feet would rather stay at home than be pushed in a wheel chair. When electric scooters came out they were slow and hard to find. Now They are everywhere and Disney allows them on every part of their property, even scooters that were rented by non Disney Companies. I could see the problem coming 3000 miles away. Actually almost 3000 miles away in Las Vegas, when suddenly these scooters were being rented by able bodied People drinking and partying down the Las Vegas Strip weaving in and out of People as they raced for their next drink. I wondered how much longer until these scooters take over theme parks and scooters are running over People? The time is here, the scooters are being rented by more able bodied People than non able bodied People. Next time You go to Disney look around at the percentage of People that are using scooters because they are lazy vs People that need them. As fast as they go, they are fun to ride, just notice when the kids play on them at the hotels while their parents are drunk at the pool or in the lobby.
Inside the parks it has become a problem and will only get the attention of Disney when someone gets hurt and John Morgan gets a call and a lawsuit is filed. But the biggest problem is the strain it is putting on Disney transportation. Just watch the video below and see what I mean, the bus driver must leave the driver’s seat and put down a special ramp, then lock the scooter in place then put the ramp back up. Sounds like it shouldn’t take more than a couple minutes but that’s not the case. It takes so long that two other buses arrived and could not get in the loading zone because this bus didn’t get moving. No One minds waiting for Someone that needs special help but No One likes to sit and see Some lazy bum hold up the bus system so they can get their scooter on the bus. And not only that, the scooter take up three bus seats, seats that are often needed as buses become full.