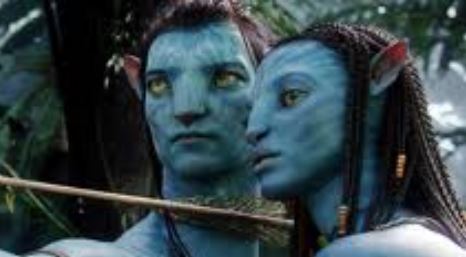 Will Avatar revive Walt Disney World’s Animal Kingdom? No, is the short answer, the long answer is maybe but with all the right strategies. How successful Animal Kingdom is or will be is in the hands of the People that count the visitors and when they come and when they go.

If You add a new addition to Your house, where will Your family spend most of their time? Well, You hope its in the new addition or else You would not have spent the money building it right? But what about the old kitchen will the family still use it? Of course they will, they have no choice, its where the food is but will they spend time in the kitchen like they used to? Probably not but since they have to use the kitchen to eat and most likely they have to go through the kitchen to get to the new addition, the kitchen is still necessary. This is what Disney is trying to achieve by building a 800 million dollar Avatar. You can bet that Disney will structure it in a way that You must go through the existing Animal Kingdom to get to the new section. Does that mean that Animal Kingdom is revived? The numbers will show how many People are walking through the winding pathways and empty cages of animals. The cages are not really empty, they just seem that way 90 percent of the time. Having decades of experience reading Theme Park reports, I will bet that the number of People that visit the Avatar section will be recorded as the same number that are visiting Animal Kingdom as it is today.

What is wrong with Animal Kingdom now? Disney is unhappy with it because they must close it early but so what, it is a zoo and the animals need to get some rest without thousands of People walking by. The problem with the park is it is very hard to get around and it is basically boring. The pathways are very narrow, even a small crowd has You stepping on Your own feet, the other three parks have much wider pathways and are much easier to navigate. The layout is the major problem, not the animals and not the lack of night time hours. The animals are great, if You can find them. they are mostly hiding, Disney must make the viewing of the animals where they can be seen all the time. If You cannot see them from the front, You should be able to walk to the back of that same area and be able to see them hiding. The back could be surrounded by glass that the animals cannot see out but the People can see in. Keep the animals thinking they are safe and secure as the guest view them. Of course Disney is careful to never be accused of mistreating animals and so far they have been very good in that regard but there should be a way to view these animals without mistreating them. As it is now, I go to see them and its “Too hot”, “Too Cold”, “time for their nap” but all I see are plants and dirt. I once waited 20 minutes for a picture of the anteater and all I got was a tail.

But the number one question on Everyone’s mind is What does Avatar have to do with the Animal Kingdom? How does that match up?